In TLS, the first step towards obtaining TLS session keys is to compute a shared secret between the client and the server by running the ECDH protocol. The resulting shared secret in TLS terms is called the pre-master secret PMS. 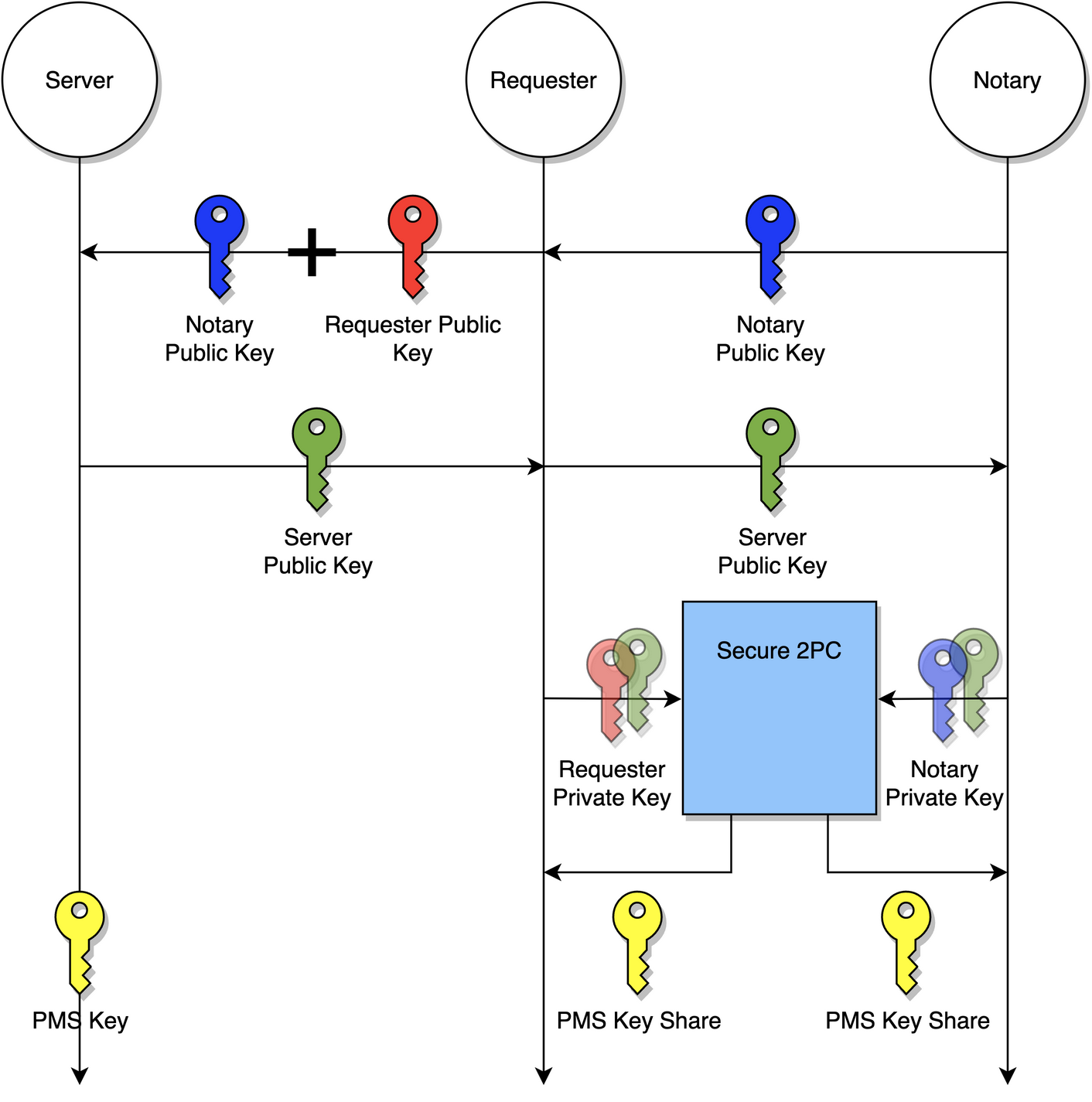 We will use two maliciously secure protocols described on p.25 in the paper Eﬃcient Secure Two-Party Exponentiation:

Now we apply M2A to Cq​∗Cp​ to get Dq​+Dp​, which leads us to two final terms each of which is the share of xr​ of the respective party: