During the Notarization Phase the Requester, otherwise referred to as the User, and the Notary work together to generate an authenticated Transcript of a TLS session with a Server.

Listed below are some key points regarding this process:

The Notary is the party of which the authenticity of the Transcript relies on. During the session the Notary withholds its' shares of the TLS keys and participates in a series of secure 2-party computation protocols with the Requester to operate the TLS connection.

The Server can be any server which supports TLS. The TLSNotary protocol is entirely transparent to the Server, thus it can not be censored nor does it have to support any additional functionality. 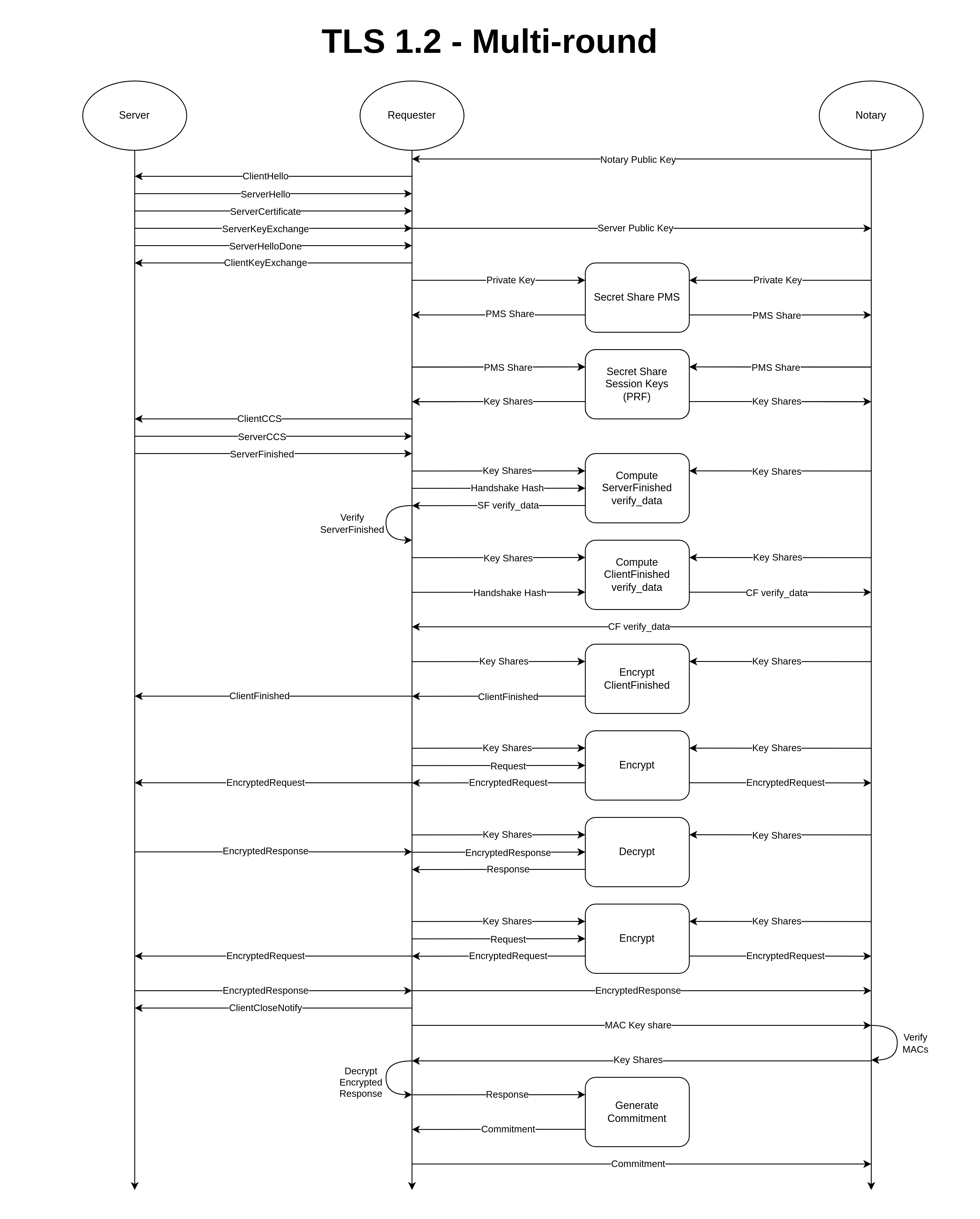 The primary artifact generated from this phase is called the Transcript. It contains session meta-data, handshake data, and commitments to all the requests and responses. Typically the Transcript is signed by the Notary, however that is not necessary in the case where the Notary will also act as the Verifier in the selective disclosure phase.

Note that the server ephemeral key does not reveal the identity of the server to the Notary. 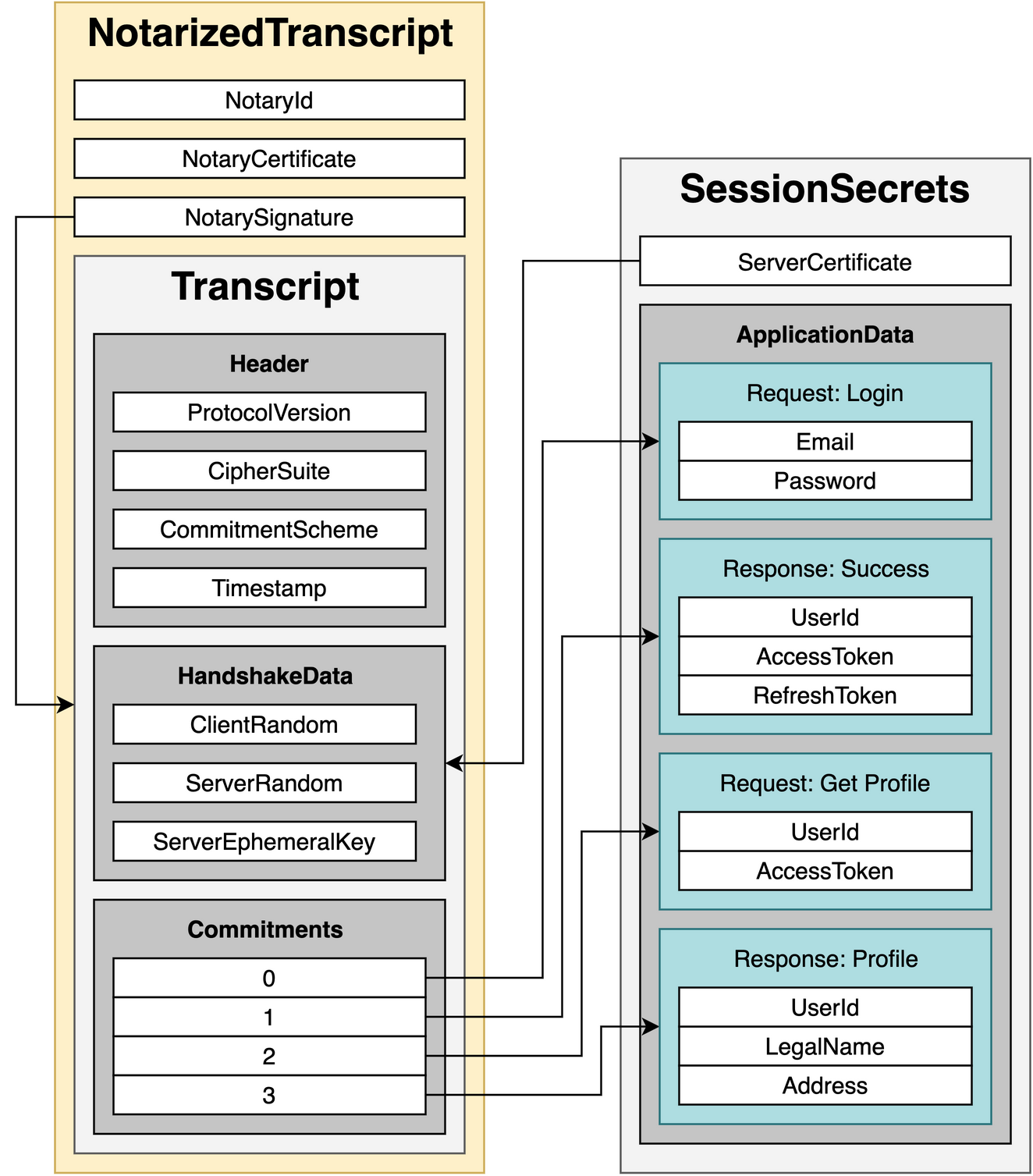